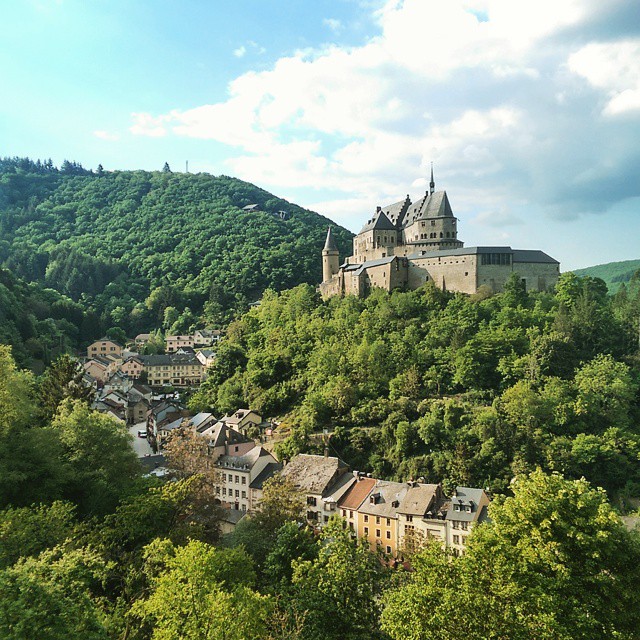 Day 4: We had an early breakfast at our apartment, and I took the tram to the Avis location to pick up my rental car. I drove back to the apartment to load up the car before heading off to Cochem. The drive was amazing, one of the best road-trips I’ve ever taken. We left Ghent at 10:00 am and arrived in Cochem at 9:00 pm, for a total of eleven hours on the road (6:21 actual driving time according to google maps). I will describe the (scenic) route and all our stops below.

We left Ghent and took big highways all the way to Namur. After spending many days in countries where I don’t speak the language it was nice to cross into Wallonia where I can speak French. We took the E411 to the N941 to the N92, which we followed along the Meuse River. Shortly before Dinant we pulled over at this small friterie (I believe it is called Piwi’s, but I can’t find it online) where we had some of the best fries ever (and I’m from Montreal so I have high standards).

The next stop was Dinant, which far exceeded expectations (which were high to begin with). We started by going to the cave (La Grotte Merveilleuse). The cave was mind-blowing. Look up pictures on google images. They give tours of the cave every hour on the hour for 9 euros per adult. The tours last about 50 minutes and the guide spoke a little English. At the end you need to climb up 120 steps, which they don’t warn you about. Fortunately we are young, but keep this in mind you have trouble climbing stairs. Anyways, we had a private tour since nobody else showed up. I had expected it to be quiet (compared to other European tourist destinations, there is very little information on Dinant or Wallonia in general) but not this quiet. Of the million tourists travelling around Europe, only we had decided to go at 1:00 pm. I couldn’t help think of all the poor souls stuck in human traffic jams in Bruges while we are standing alone in a humongous underground room admiring this miracle of nature. If this was closer to the more visited regions of Belgium I’m sure it would draw thousands of people and a hundred tour groups every day. 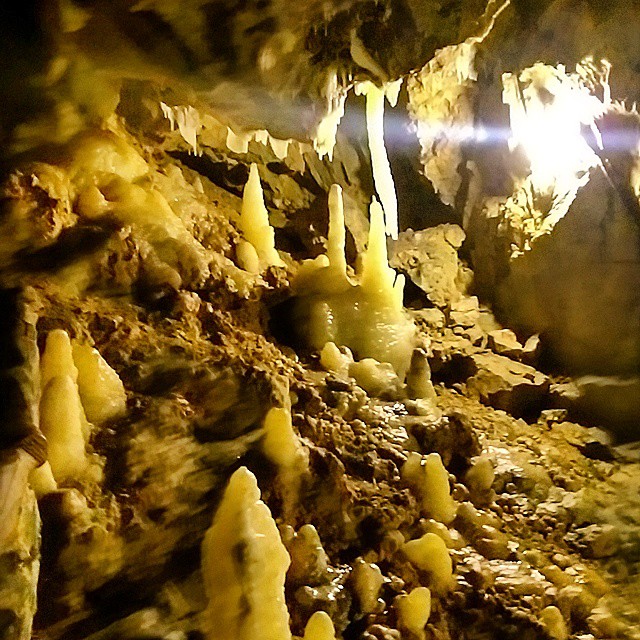 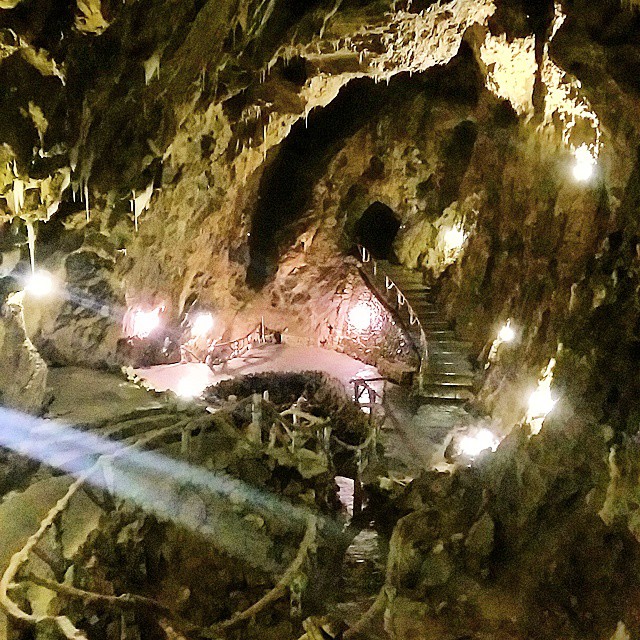 Anyways, after the cave we drove to the centre of Dinant which has a huge cathedral by the side of a cliff, which itself has a large fort on it. It makes for an excellent photo (which you will see if you google Dinant). There is a cable car that goes up the cliff, but we decided to skip it and continue our drive.

From Dinant we took the N936 east, which was a beautiful drive through hills, flowers, and windmills. We continued on the N97 to the N4, which we took the the Luxembourg border.

The Luxembourg portion was my favourite part of the drive. At the last minute I decided to skip Lux city and instead slowly drive across the northern portions of the country. I knew about the castles, but I didn’t expect the roads to be so nice. Lux is full of winding roads with hairpin turns on steep mountains. 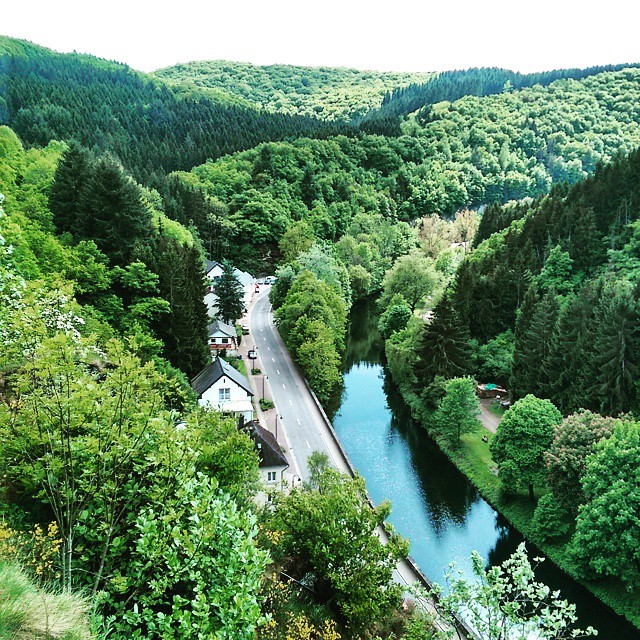 From the border near Bastogne we took the 15 until Esch-sur-Sure, which is a nice little village built around a large fortress on a hill. We drove around until finding a way up the the fortress where we had an amazing view from above.

We continued south on the 15 until the 308, which we took east to the Bourscheid castle. Unlike Esch-sur-Sure this castle is all on it’s own, which gave be the idea of having a picnic there. So using groceries we bought in anticipation the previous day, we arrived at the perfect picnic location around 5:00 pm. In the parking lot across from this magnificent castle, there were two cars. Mine, and the “gatekeeper” who we didn’t see until she left and locked up the castle at 6. We walked in, climbed onto a castle wall and had a great meal inside a 700 year old castle. It’s not every day you have a historic castle all to yourselves. I highly recommend it. 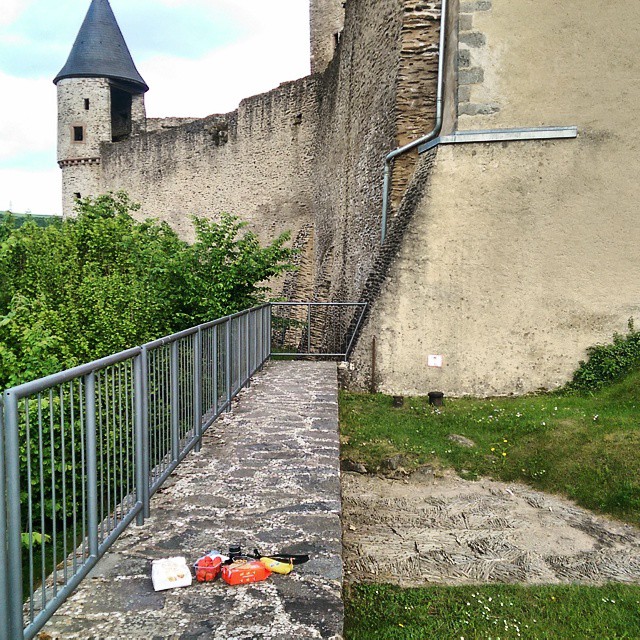 We stayed on the 308 to the 27, where we turned left and then right to get back on the 308. Then right on the 7 which we took all the way to Diekirch. We then cut across to the 17 (there are signs for Vianden) and took the 17 up to Vianden where we stopped for a few pictures and drove around the town. We then took the 10 north along the Lux sign of the German border, and crossed over to Germany at Dasburg (after getting gas, which is cheaper in Lux). From there we took the 410 all the way to the 257/259 to Cochem.