Day 1: After a very long 24 hours of travelling (getting here from Montreal involved an overnight connection in LAS and 2 hours in HNL), we (the family!) landed at LIH at 3:15 pm. We picked up our rental car and went straight to Walmart to buy snorkels, masks, water shoes, and groceries. Checked into our condo at the Wyndham Bali Hai, which is nicer than I expected. The cons are no air conditioning (not so bad) and being a mile from the beach. But at least we’re on the North Shore!

Speaking of which: If you go to Kauai (which you should – it’s by far my favourite island in Hawaii), please stay in the North! It’s shameful that most tourists (and almost all the hotels) are on the South Shore. The south is nice, but not that exceptional. On the other hand, the north is more amazing than you can imagine. Probably more beautiful than anywhere else I’ve been in the world. Yes, it rains occasionally, but the rain passes. And there’s a reason the north is green and the south is brown (it virtually never rains in the south).

Day 2: We were still on Eastern Time (6 hours ahead), so we woke up very early and went on a quick trip to watch the sunrise light hit the Kilauea Lighthouse.

After breakfast at the condo, we went for a kayak+hike to Secret Falls, which I didn’t have the chance to do the first time I was in Kauai. I’m very happy I did this time since it far exceeded my expectations! We rented kayaks from Kamokila Hawaiian Village (it’s ridiculously expensive, $70 for a double for the day, but it’s well worth it). Today was a Sunday and they were the only ones open, so we were lucky to get a kayak. We arrived at 9:20, twenty minutes after they opened, and they were almost sold out.

Getting to the waterfall involves a 20-40 minute paddle (depending on whether you rent your kayak at one of the many places near the coast or from Kamokila, which is much closer to the falls – ask your rental outfit for directions). After kayaking you dock next to the trailhead (you’ll see many other kayaks parked there). From the trailhead, it’s a fun and easy 45 minute hike to the waterfalls. Wear water shoes and a bathing suit, because you will get wet! The trail is muddy and involves crossing a river. At the end of the trail you’ll arrive at the swimming whole and waterfall. The swimming area underneath the falls was a little cold, which was very refreshing after getting sweaty from the hike.

After spending a long time swimming and taking pictures we headed back to Kamokila. We took a short detour to Fern Grotto so we’d have some more time in the kayak but didn’t feel like getting out.

On our drive home we stopped at the food trucks in Kapaa where we had some great Mexican food. We then rested at the condo for a little before going on a walk to and from the beach at the St. Regis (about a mile away – if you have a very high budget, stay here!). It’s a beautiful beach with incredible views, though not the best for swimming since the reef comes right up to the shore and makes it difficult to swim freely.

For dinner we went to Kalypso in Hanalei where I had some great Mahi-Mahi.

Day 3: Today we went to hike the Kalalau Trail. We were very slow getting out so we only got to Ke’e beach around 11. Predictably, there were no more legal parking spots so we parked illegally. Luckily we did not get ticketed. Anyways, the trail was incredible, dryer and sunnier than the first time I hiked it. We turned around at the one mile marker. I won’t go into too much detail since there’s already lots of reviews. All I can say is that it’s probably my favourite hike ever. In my opinion, it’s the number one attraction in the state.

After the hike the plan was to snorkel at Ke’e beach. However there were signs warning of a strong current and saying we couldn’t swim too far out, so we decided to go to drive to Haena/Tunnels instead and come back to Ke’e the next day. Haena had very big waves so we decided to put our snorkel equipment away and just enjoy the water.

We had a very late lunch of Hawaiian grilled cheese and smoothies at Pink’s in Hanalei (highly recommended). We got home at around 4, so we rested at home for a few hours before getting dinner at Postcards (also highly recommended).

Day 4: We got up early so we decided on a quick visit to Queen’s Bath. We drove to the trailhead and did the short walk (wear good shoes) there. We didn’t go swimming, though there were a lot of families that did. It looked nice but honestly not that impressive. However I did love the trail to the ocean, and would do the walk to Queen’s Bath again just for the trail.

After breakfast we went back to Ke’e beach (probably my favourite beach in the world so far, for a combination of scenery, water colour, calm conditions, snorkelling, and nearby hiking) to go snorkelling. Again there was no legal parking left, and again we escaped without a ticket. The surf warning was still up so we needed to stay somewhat close to the shore, where the water was very calm. The snorkelling was good (lots of fish and an eel) though not as good as when I snorkelled here two years ago. 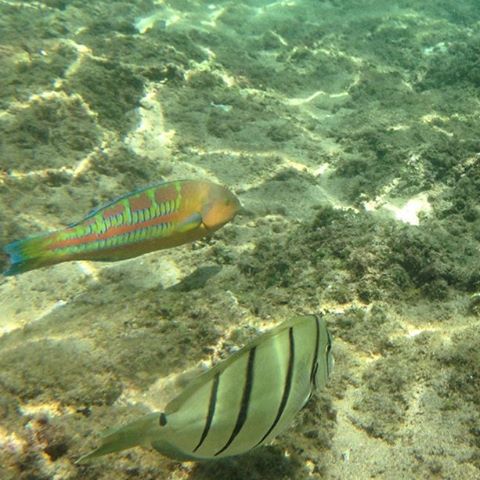 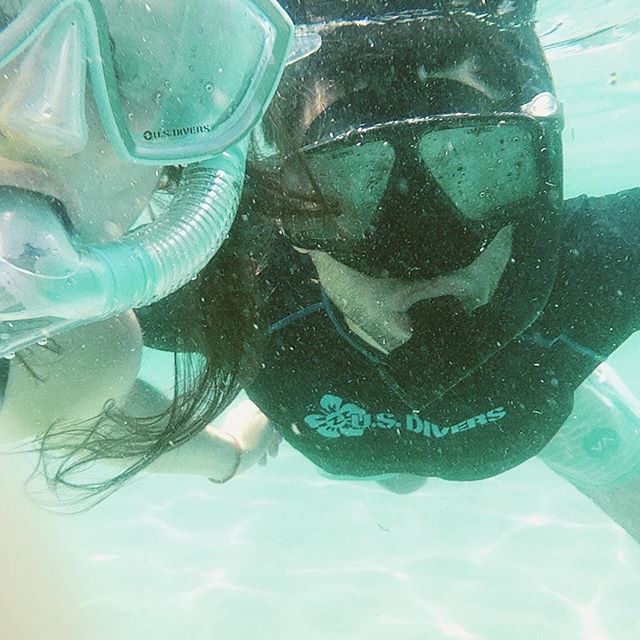 Dinner was at Federico’s (Mexican fast food, though not that fast) at Princeville Center. The food was great but even better was the atmosphere – a small outdoor seating area (shared with some other fast food places) with a great musician playing some classic songs. There were a bunch of locals there too so I knew we were in the right place. Desert was ice cream from Lappert’s, which was good (as ice cream always is) but not that special.

Day 5: Unfortunately our last day in Kauai. We slept in and left our room around 11. We drove to Kapaa, where we had lunch at the food trucks. We also stopped at the fair across the street where we bought some fun cheap gifts. Afterwards we drove to the main strip (along the main highway) of Kapaa where we got shave ice from Ono Ono. Then off to the airport for our 3:45 flight to Maui.