We’re on a USA Road Trip! First Up: Philly & DC 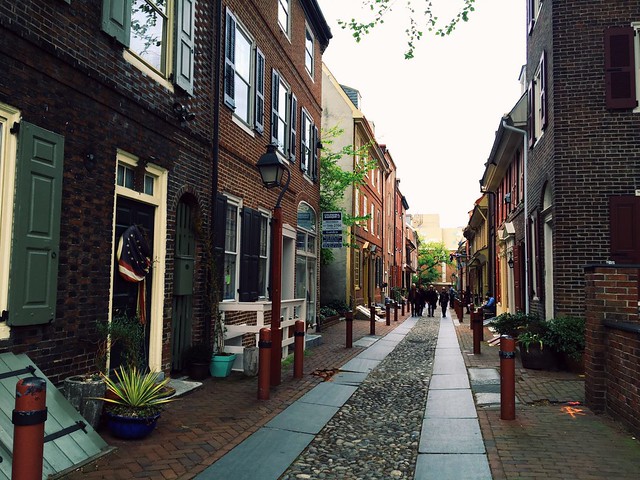 Michelle and I are on a 26-day road trip around the eastern United States, driving our own car, starting in Montreal. We plan to spend less than $50 each (or $100 total) per day – I’ll be posting our expenses at the end of the trip. To help with this, we bought a ton of Choice Privileges points with the annual US Travel “Daily Getaways” promotion – we were able to buy points for only .417 cents each, a big discount. We’re also spending a total of 5 nights at Marriott or SPG hotels on points, so those will be free. We’re also taking a cooler and buying groceries, so that we can avoid restaurants when we want to (but we’re also foodies, so we’ll be spending a lot when we’re near great vegetarian-friendly restaurants!).

We started our road trip from Stowe, VT, 2.5 hours from Montreal. Today was a long day, 8 hours of driving to Philadelphia. We stocked up on some groceries, then drove four hours without stopping to a Walmart in Connecticut where we had a quick stop to pick up some non-roadtrip related things. We had a short lunch of Egg McMuffins at McD’s (we’re big fans), and we were about to get back on the highway when we saw an ad for the Pez factory in nearby Orange, CT. It seemed fun and kitschy so we decided to give it a try. It wasn’t so big, but it was fun and a very tacky (in a good way) roadtrip stop. Admission was $5+tax ($4 with AAA), but you get a $2 credit to spend at the store. 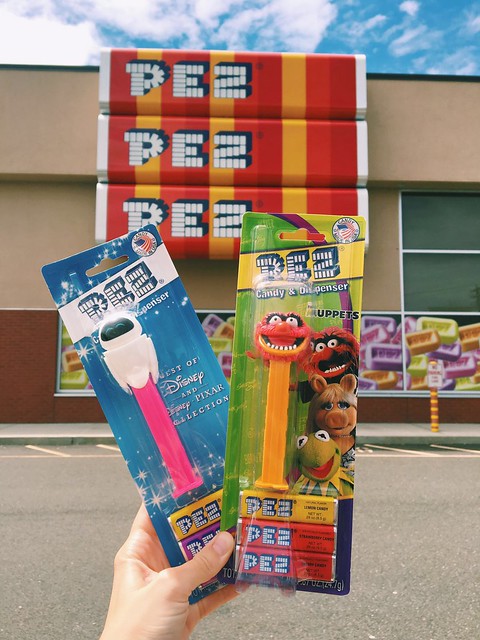 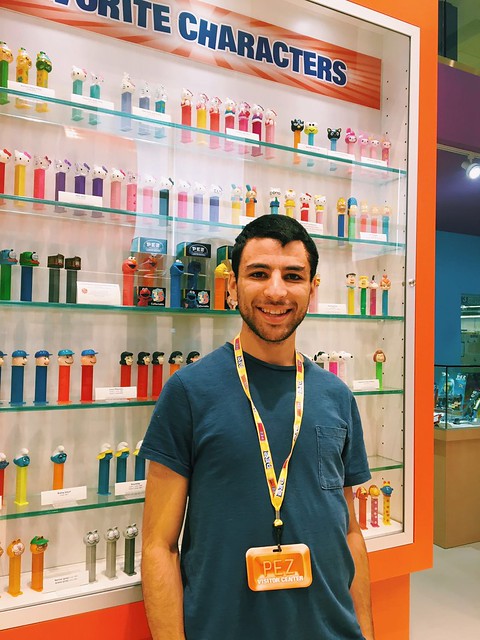 The drive went surprisingly quickly and we got to our hotel around 5:30 pm. We decided to stay at the Four Points Sheraton near the airport since it only cost us 3000 SPG points (4000 on weekdays), which is a great deal for a hotel that normally would cost $140-200 a night. You can get 20,000 SPG points for $120 CAD by applying for the Amex SPG credit card, so this $140-$200 USD hotel only cost us $18 CAD per night! We did have to pay $8 for parking though – it’s crazy how at cheap hotels you can get free parking and breakfasts included, while the expensive place next door will charge for both.

Our short break in the room gave us just enough time to research some fun dinner spots, and we settled on Govinda’s Vegetarian. After circling around for a few minutes we found a spot (free after 8:00 pm). At Govinda’s we got some great vegetarian Philly cheesesteaks – and delicious vegan desserts! –  and then went for a walk up Broad Street. Some areas were slightly sketchy at night, but it was fine for the most part.
https://www.flickr.com/photos/142653504@N02/26923145086/in/dateposted-public/

We walked to and around City Hall, and on all the streets near Govinda’s. By this point I’m already very impressed with Philly. 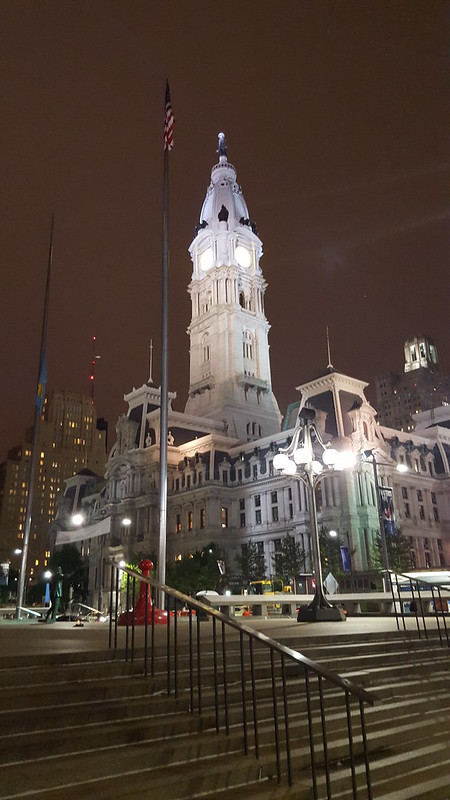 The architecture is very interesting and old and every corner seems to house another cute and/or delicious looking local restaurant. 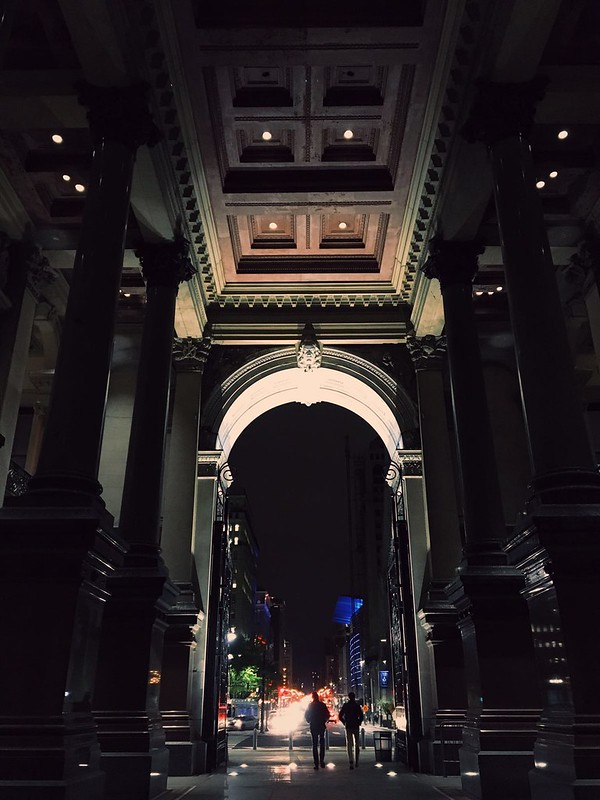 From Philly the plan was to drive to Charleston in two days, but the forecast was looking pretty bad – it was going to rain the entire time we were scheduled to be in Charleston. So we decided to stay in Washington DC first to delay getting to Charleston for a few days, at least until the weather cleared. We spent the morning rebooking hotels, had breakfast in the room and headed out to explore historical Philly for the day. We got to Downtown at 11:30. Since we would be there all day, I looked up parking options at BestParking, and found a lot for $8 for the day. Unfortunately that lot was full, so we ended up at a lot next door for $12.

First item on the list was to go to the visitor’s centre to book a tour of Independence Hall. The tickets are free, but they sell out relatively early in the day. When we got to the ticket office, the earliest tickets available were already for 2:45 pm, and the last tours are offered around 4-5. If we picked up our tickets much later, we would have likely not been able to go at all. Keep this in mind when planning your day!
We didn’t have much of a breakfast so we walked over to the Reading Terminal Market for lunch. RTM was my favourite part of Philly – so many amazing options in one place! We went very unhealthy and got grilled cheese, mac & cheese, fries, and a brownie. All of which were absolutely incredible. Like best grilled cheese and brownie ever incredible. 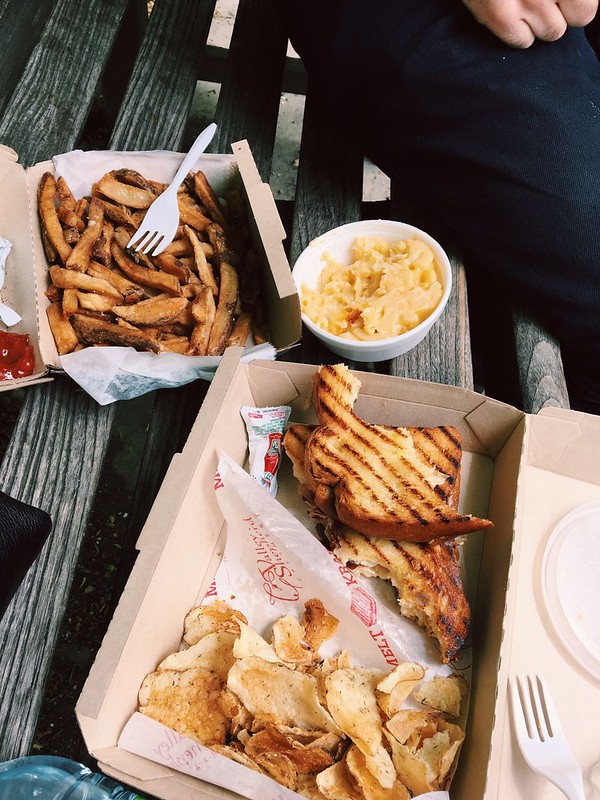 We got everything to go and ate in the park at Washington Square. 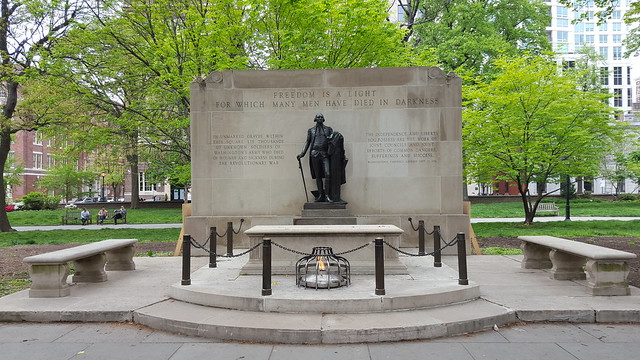 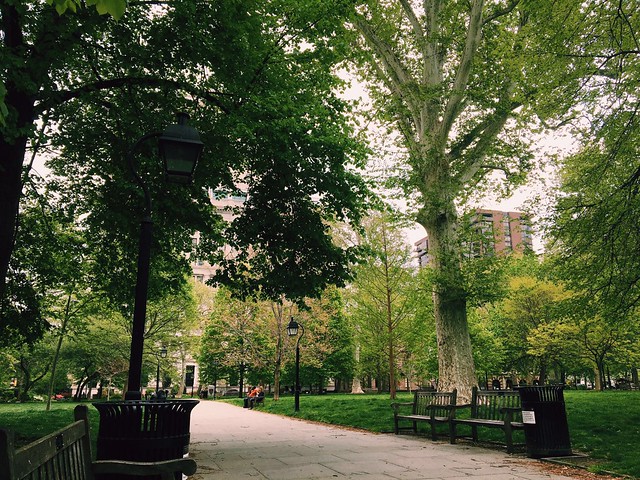 Afterwards we went on a walk around Independence National Park, admiring the architecture and exploring a few small buildings. 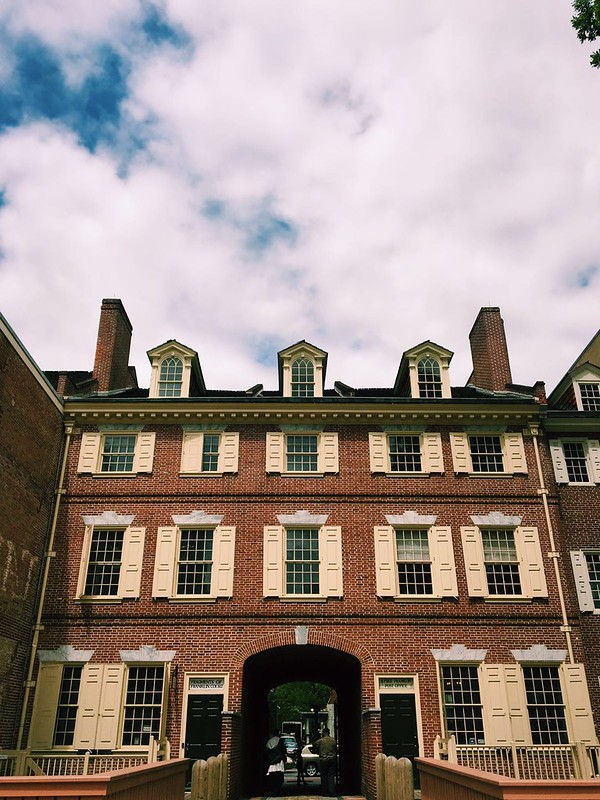 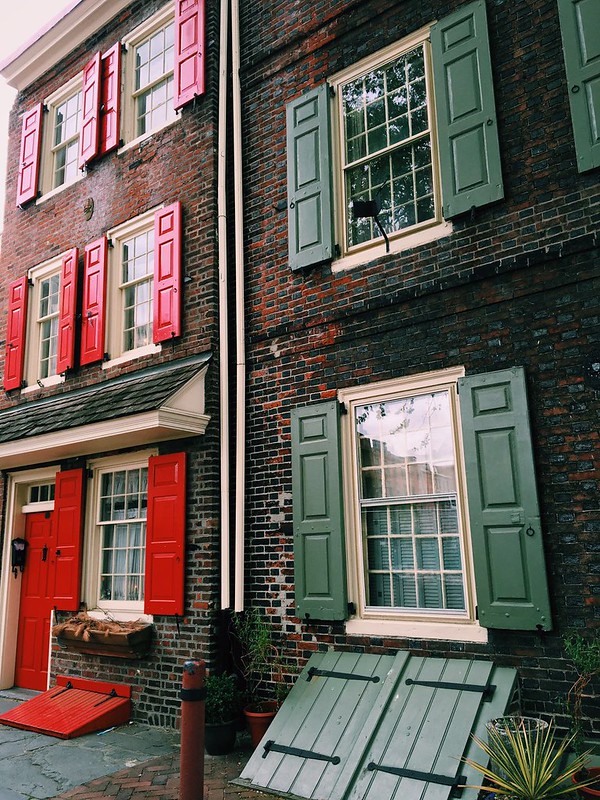 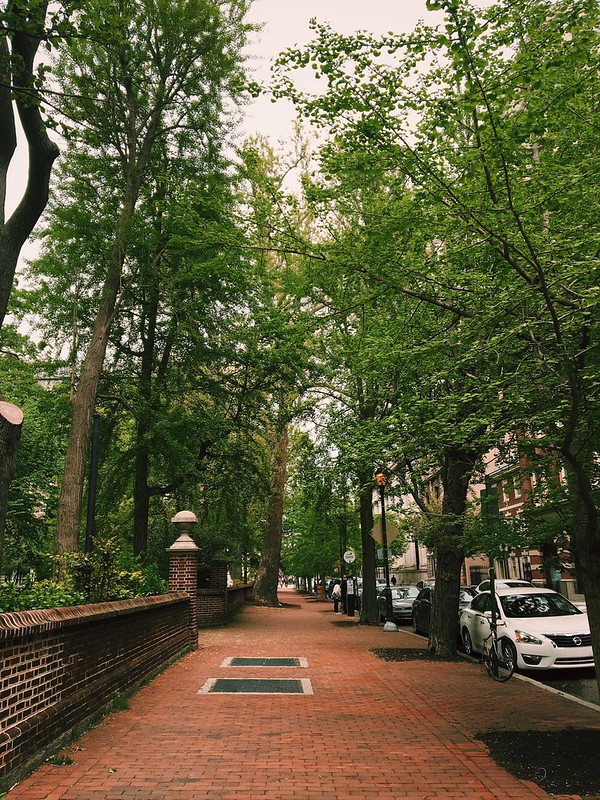 We got back to Independence Hall 30 minutes before our tour, at 2:15, to leave time for security. The line moved quickly so we got in quickly, and were allowed to join the 2:30 tour since there were some no-shows. So if tickets are sold out for the day and the line doesn’t look too long, I would recommend going through security ticketless and trying to get in on a tour where some people didn’t show up. If there are a bunch of no-shows, the tour guide will allow anyone to join the tour. The tour itself was fun and informative – there’s a lot more history in the building than I had thought, and our guide was engaging and  knowledgeable. 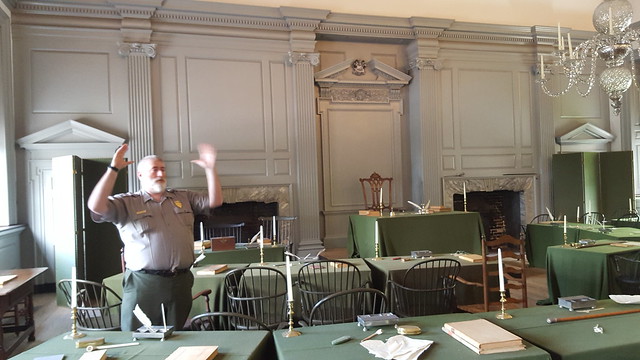 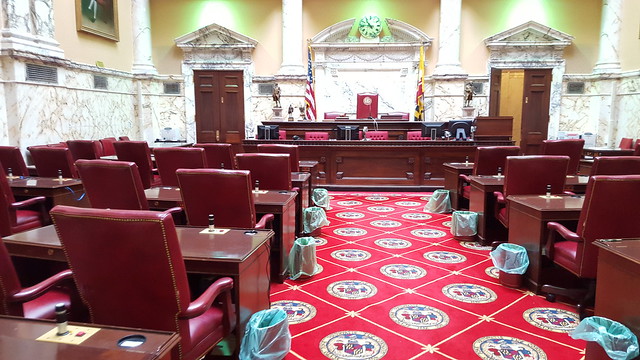 From there we headed across the street to the liberty bell, which was a nice quick stop. 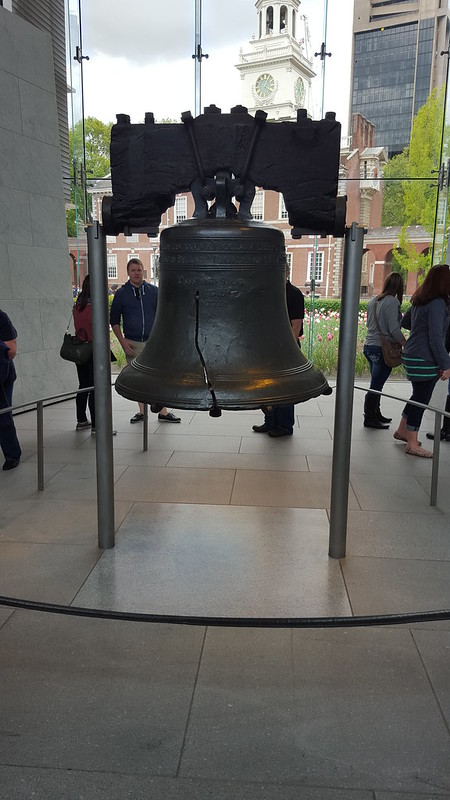 We spent the rest of the afternoon wandering the streets of Old Philly and taking lots of pictures. 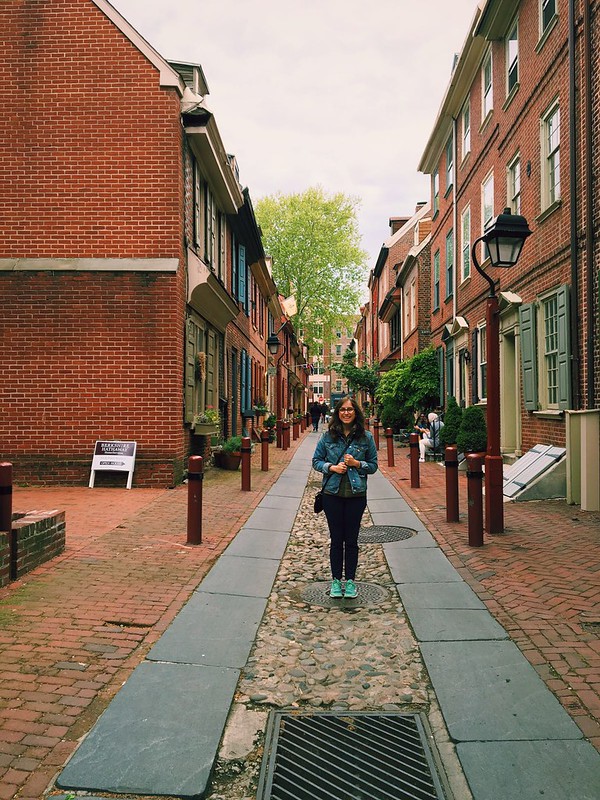 We had planned to drive to a restaurant for dinner that night, but we enjoyed our lunch too much so we returned to RTM for a great dinner (we got there just before closing at 6:00 pm).  And that concluded our time in Philly! We enjoyed it much more than I had expected, and I’m happy that I planned for a full day here – there’s lots to do.

The weather forecast for DC showed rain in the morning and sun in the afternoon, so we spent the morning in the car and in museums. The 2.5 hour drive from Philly to DC went by very quickly, with only a quick stop for gas. We got to DC around 11:30 am. Having gotten into the city, we drove along the side streets south of Independence Ave. for a few minutes before finding a meter spot on 4th street – street parking is free on Sunday! We spent some time at the Air & Space and American Indian museums before we got hungry for a late lunch. 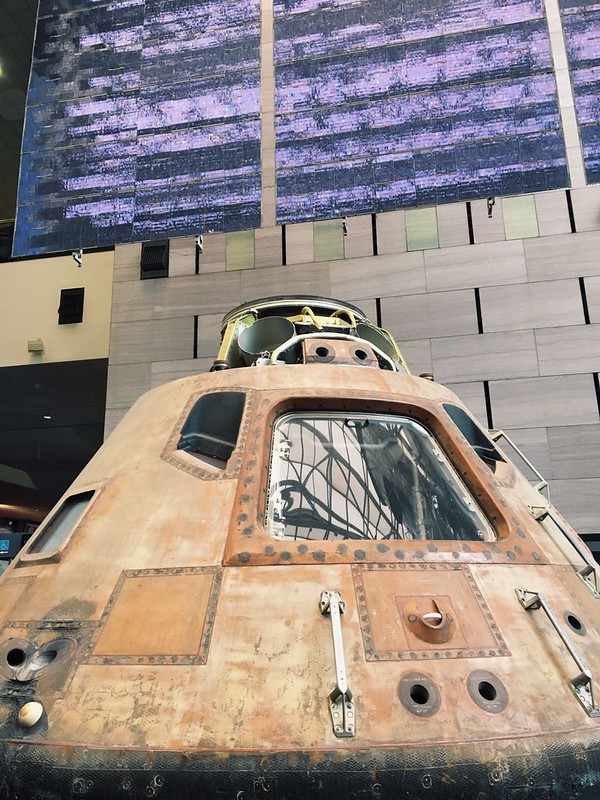 We walked to the Eastern Market in the Capitol Hill area, a nice 25 minute walk next to the Capitol buildings. The Eastern Market was a nice farmers market with a book fair next door, and a flea market outside, but they barely had any ready-made food. Instead we got a big slice of pizza at We the Pizza and tacos at District Tacos, both of which were delicious. 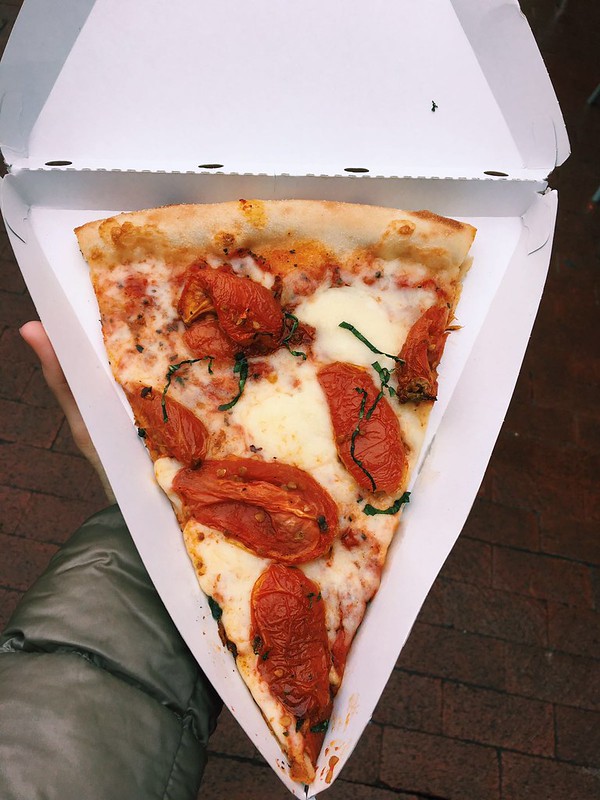 We walked around the Capitol Hill district for a while and marvelled at all the nice houses – it seems like a beautiful (and expensive) place to live. 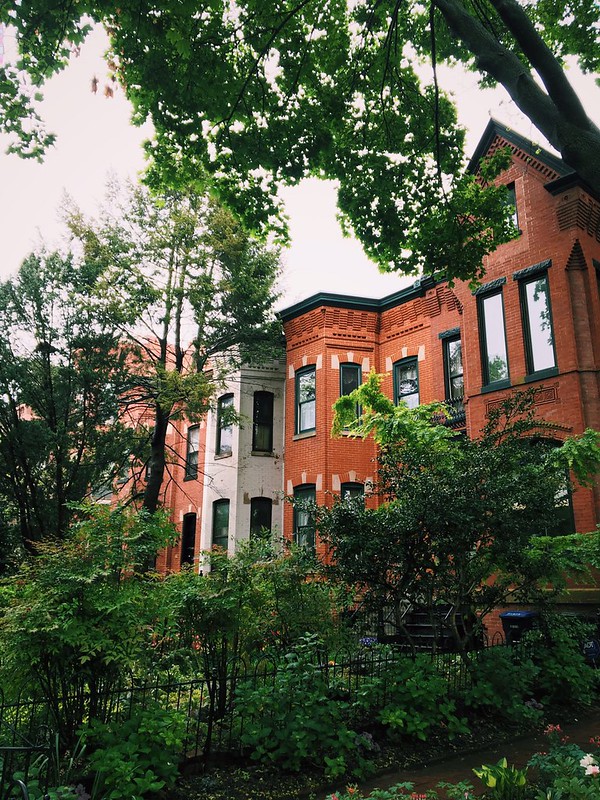 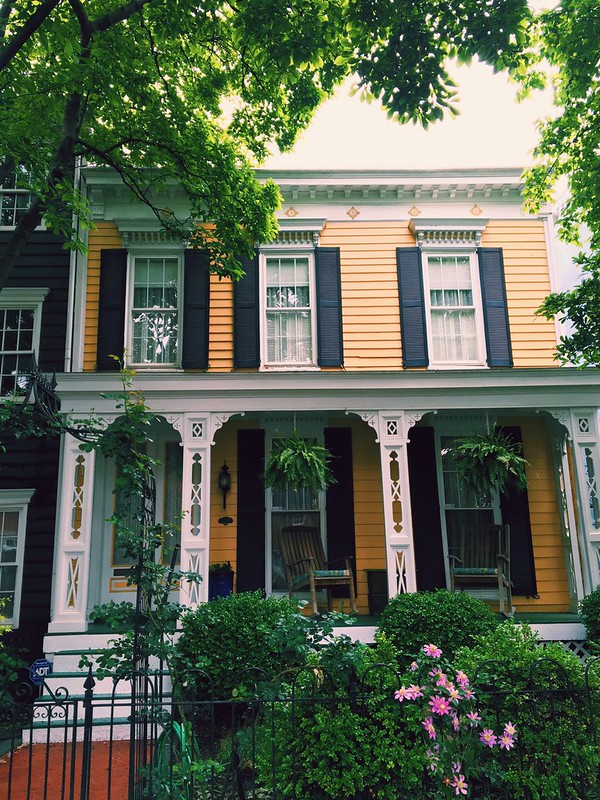 At this point we’ve been out for a while, so we walked back to our car and drove to our hotel to check in and take a short break. Since we didn’t want to spend a lot of money (or a huge amount of points) on a hotel in DC (as well as big parking fees), we stayed at the Courtyard New Carrolton in Maryland, a 20 minute drive away. It’s in a very boring corporate area, but it’s a good hotel with a nice courtyard/garden where we would eat breakfast. At only 10,000 Marriott points (50k + free night bonus by applying for this free card) , I would highly recommend it for a stay in DC.

For dinner we made an 8:15 pm reservation at Founding Farmers (the earliest time I could get) – one of our all time favourite restaurants. We drove in to the city two hours early, parked on Constitution Ave. (plenty of parking), and did a quick walking tour of the monuments (we made it to the FDR memorial before turning back) before walking to FF. We had eaten at FF on our previous visit to DC and loved it, so this was a must for us. It’s a little expensive ($15 per meal) but so worth it. We ordered the Ravioli, a salad, and the bread appetizer (incredible), for a total of $50 after tax and tip; I believe it’s the most expensive meal I’ve ever paid for, but I would return every week if I lived here.
https://www.flickr.com/photos/142653504@N02/26888329001/in/dateposted-public/

DC isn’t as car-friendly on a Monday so we decided to take the opportunity to explore some surrounding areas, which we didn’t do on our last visit (since we were car-less). We drove to Annapolis in the morning, which was only a 25 minute drive from our hotel. We parked at the Knighton parking lot ($5 for 3 hours), stopped by the visitors centre for a map and went exploring. Annapolis is a beautiful city with a compact historic district. 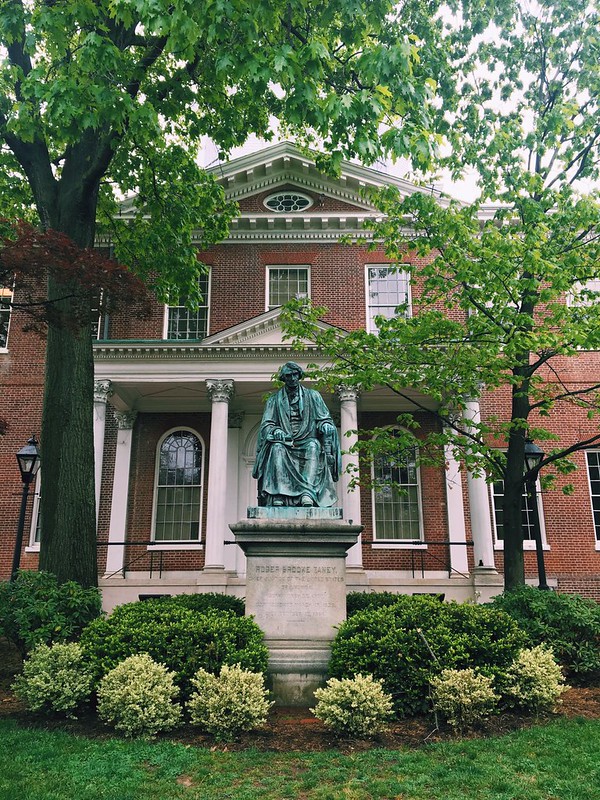 We walked along all the small and medium-sized streets, which reminded me a little of New England. 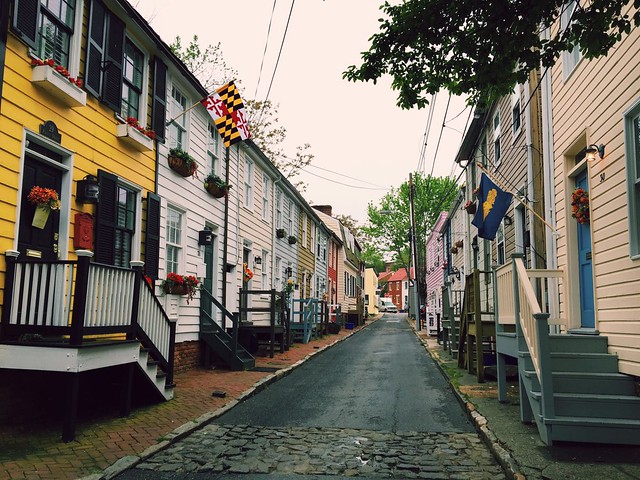 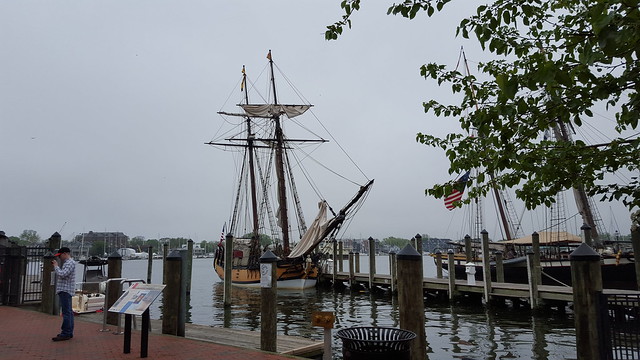 Next we visited the Naval Academy, and after a quick tour of their sports “hall of fame” we made it in time to see the noon formation. The noon formation was pretty amazing to watch; they’re so coordinated/regimented. Also, there are so many of them, and they’re only doing it for themselves, since there were only about 100 tourists that were watching (imagine this took place in DC…). 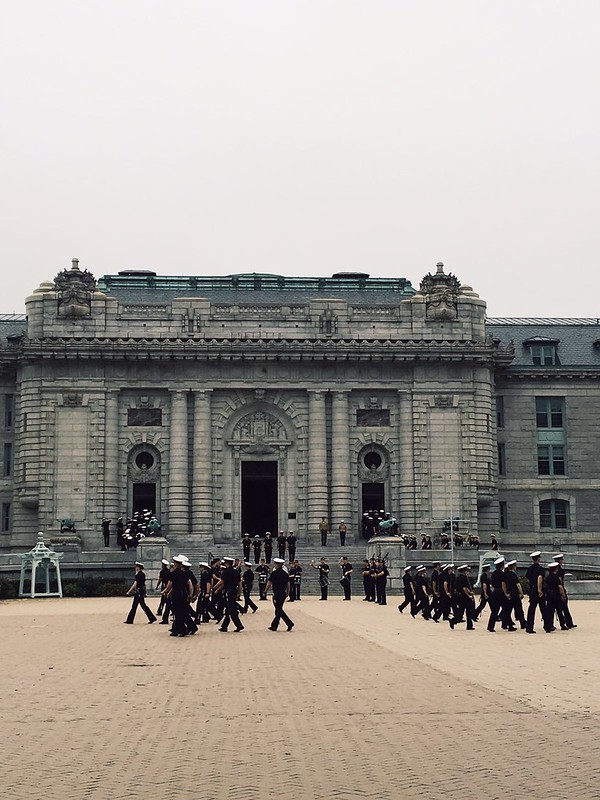 From the Navy Academy we walked back to our car and said goodbye to Annapolis. We really enjoyed our visit, and we would consider it a must if you have a car and some extra time in DC.

We had a picnic lunch in the courtyard of our hotel, then drove to Arlington National Cemetery, where we walked around for an hour. We went with the flow (a giant swarm of tourists) to JFK’s grave, and then went in the opposite direction of everyone else. When you get away from the crowd, it’s a very nice place to walk around.
https://www.flickr.com/photos/142653504@N02/26262741704/in/dateposted-public/

Next up was Georgetown. 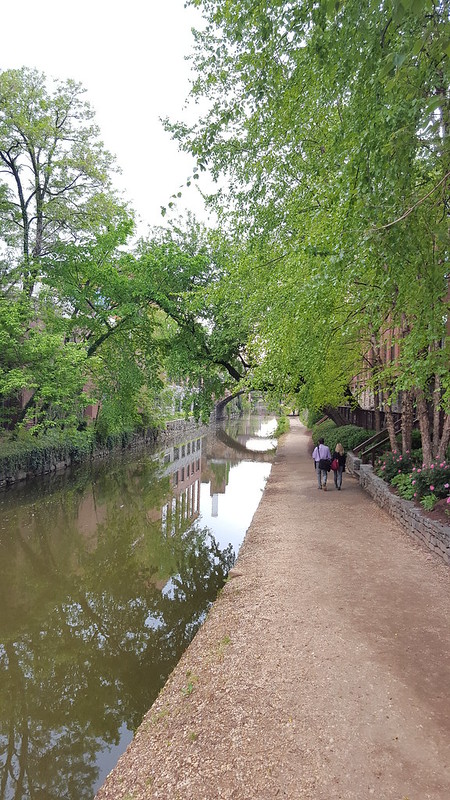 We found a meter spot ($4 for 2 hours) and headed to Chaia for dinner, where they offer some great vegetarian tacos for pretty reasonable prices. For dessert, we picked up some Baked and Wired deliciousness and ate outside until it started to rain. I definitely get the hype about this place – so delicious.
We spent the rest of the time exploring the streets of Georgetown before saying goodbye to DC and returning to our hotel. Next stop: North Carolina!