After picking up the rental car (takes a while as they have to fill out a lot of paperwork and collect lots of signatures, so it takes far longer to pick up the car than in the Mainland) and driving to the hotel, we spent the evening walking around the surrounding area. I didn’t expect that the tourist section of Guam would look like a cross between Japan and Las Vegas!

The next morning we woke up around 8. We spent some time on our balcony looking out at Tumon Bay, amazed by the colour and clarity of the water. We had breakfast at Eggs ‘n Things, which was good but not as good as the location in Waikiki. We decided to go snorkelling (we had brought our snorkels that we had bought during our previous stop in Hawaii). We asked a bunch of the hotel staff if they had any favourite spots, but they don’t seem to snorkel much. Finally one person told us to head to Ypao Beach, so we did. Unfortunately it was too shallow, which is amazing to look at but not great for swimming. So we drove back and headed to Gun Beach, which is one of the most beautiful beaches I’ve been to in my life. We walked around the rocks and sat in the very warm water. We saw a blue starfish and lots of crabs (of all sizes) but not many other fish. Later we found out that there was good snorkelling right outside our hotel, but I’m happy we went to Gun Beach instead. 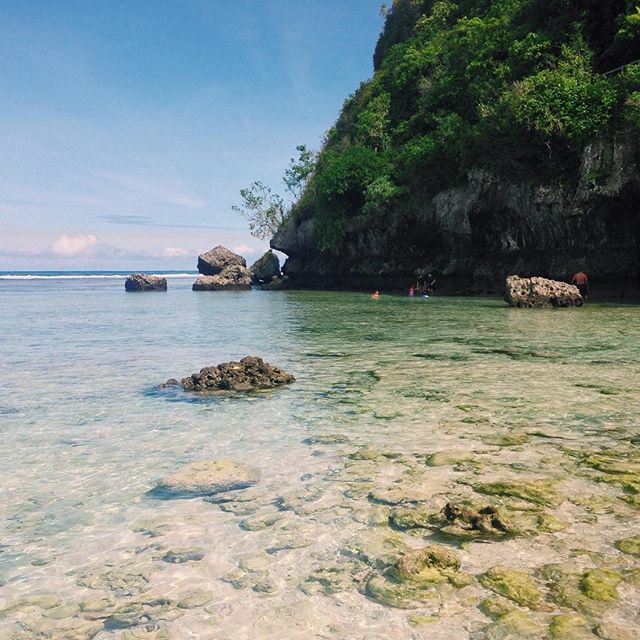 At 11:00 we headed out for a driving tour of the island, stopping a few times to admire the views. My favourite stop was the pier at Merizo. The water was so clear that we were able to see hundreds of fish from the dock. Also, the sudden change in water colour at the edge of the reef was an amazing sight. 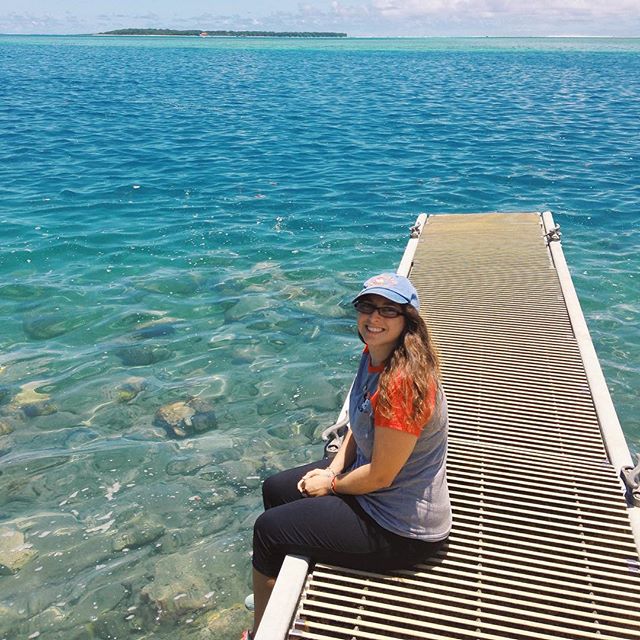 The trip around the island took us about 3 hours. When we got back we still had a little time before our flight began so we had a quick lunch at Taco Bell before returning the car, which took far longer than expected.